HomeNewsEnergy10 African countries with highest petrol prices as of March 2022

10 African countries with highest petrol prices as of March 2022 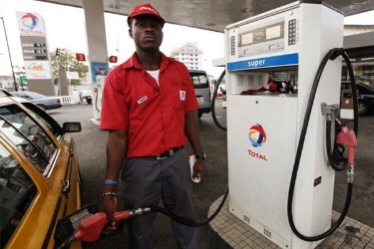 From Nigeria to Uganda down to Zimbabwe, petrol prices are soaring. This is a major problem that has been exacerbated by a number of factors, including the increasing scarcity of the commodity.

In Africa’s most populous country Nigeria, petrol has been scarce for nearly one month. An earlier report by Business Insider Africa explained that the fuel scarcity in Nigeria began after the country inadvertently imported adulterated fuel.

Efforts by the West African country’s state-owned energy company (the NNPC) to clean up the contaminated product from the market inevitably resulted in a shortage. Since then, marketers have been engaging in hoarding and profiteering.

Interestingly, despite the recent price surge in Nigeria, the country is not among those with the highest price per litre in Africa. And that’s because the Nigerian Government heavily subsidises the commodity.

Moving on, the rising cost of petrol in Sub Saharan Africa has also be attributed to the ongoing Russian invasion of Ukraine. And there is palpable fear that as the conflict continues to escalate, it could have even more negative impact on energy costs in Africa.

According to DW, fears of possible cuts to Russian crude is yet another factor that has influenced rising energy costs around the world. As you may well know, Russia is one of the world’s top producers of crude. If the US or EU countries decide to extend Russia’s mounting economic sanctions by banning its oil, this would definitely portend catastrophe to the global energy industry.

Already, global oil prices has surpassed the $100 per barrel mark which was last recorded in 2014. The commodity is currently trading at $102.6 per barrel, according to benchmark price Brent Crude.

Before we proceed to the list of 10 African countries with the highest petrol prices, it’s important to note that another factor responsible for rising energy cost in Africa is the fact that virtually all of Africa’s leading oil producing countries have failed at developing capacity to be able to refine the product locally.

That said, below are the 10 African countries with the highest petrol prices. This list is courtesy of data made available by Global Petrol Prices.


Fuel price
how can we help you?